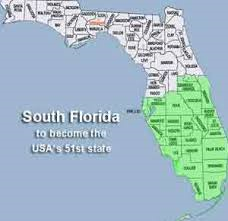 It is well known within the Magic Mart family that the city of Port Charlotte provides the best golf carts South Florida has to offer bar none. This is true because the city of Port Charlotte oriented their economy around the production of golf carts during the height of the Cold War in the 1980s. This economic reorientation did not have a direct connection to the competition between the United States of America and the Union of Soviet Socialist Republics per se. Rather the economic reorientation appears to have happened around the same time. Although there may have been a tangential connection that is most likely beyond the scope of this blog post.

One of the central tenants adhered to by the Magic Mart blog is that life and human existence is infused with a certain kind of magic at an essential level. What we mean by this is that there is a large portion of existence that seems to be understandable but if we dig down deep enough we reach the water table of incoherence. This does not mean that incoherence is equal to magic necessarily, however, what is currently not understood seems like magic to the typical person.

As such, although the large scale production of golf carts in Port Charlotte happened during the Cold War and there does not seem to be a direct causal connection between these two themes that does not mean that there is not a connection. This connection (in other words) is presently incoherent to the people currently alive. This connection (in other words) appears to be magic to the people currently alive (i. e., us). This is yet another example of the magic that is deeply infused into our reality that is the mission of this blog upon which to report.