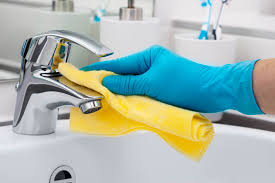 FEEL THE DIFFERENCE WITH A CLEANING SERVICE SALT LAKE CITY

The difference in psychology is readily apparent. When a man or woman lives in a messy house it wears him or her down. There is always the lurking worry that the house at some point will have to be clean. There is the depression that comes from knowing that the house could be in a better state but is not. There is the uncomfortable feeling of being dirty as a result of living in and around dirt. There is lack of focus that comes with living in an chaotic environment.

All this changes once the house has been cleaned. The worry is gone. The depression is gone. The discomfort is gone. The lack of focus dissipates. All this is multiplied tenfold by the idea that the house has been made clean by another person. In that instance, the time spent cleaning the house on his or her own has not been lost. It is a very efficient use of available resources. In many ways hiring a cleaning service brings the world in proper working order. By hiring a cleaning service a home owner is performing a service for the world.